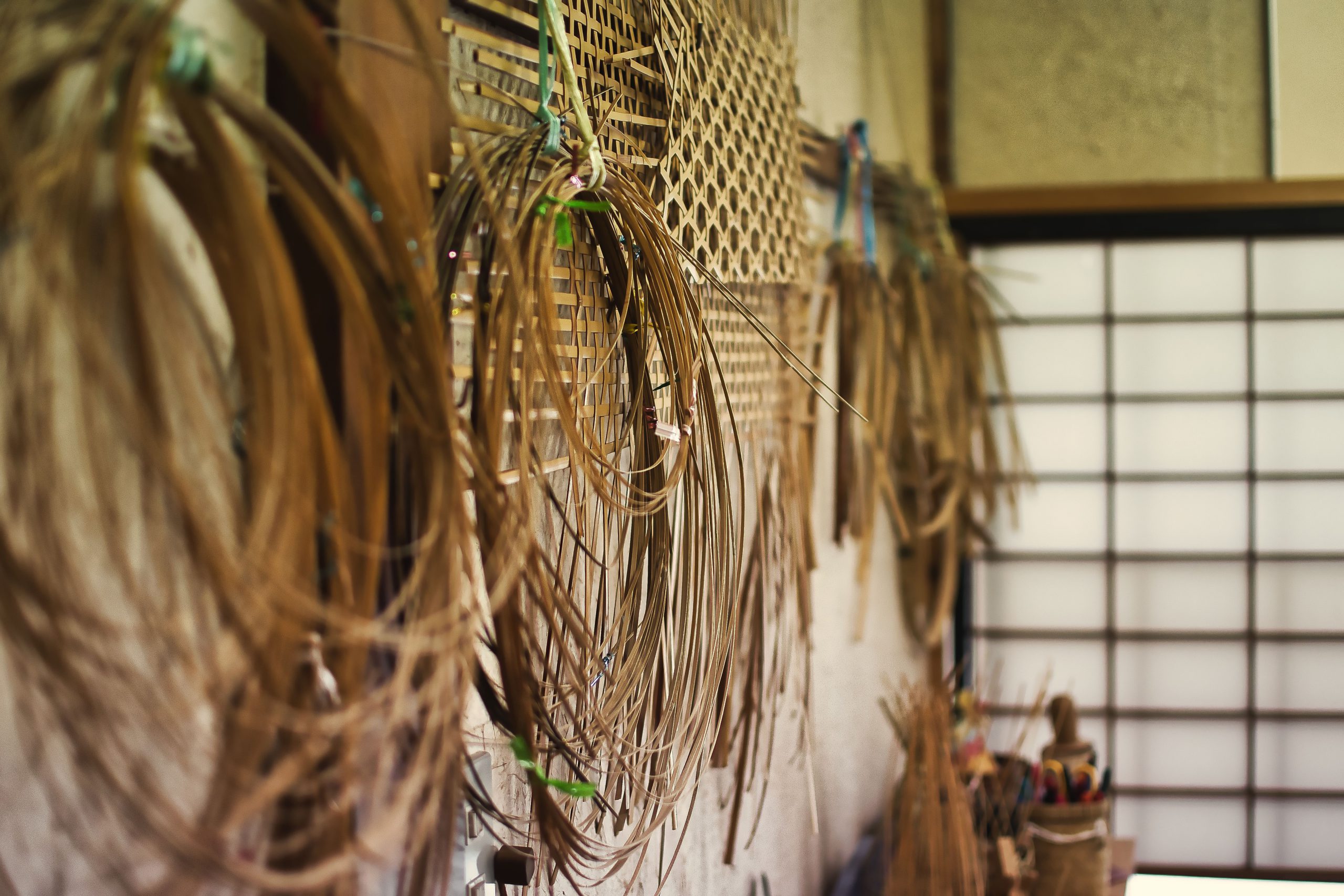 “Bamboo products don’t really have a good reputation. I want to change that.”

Mr. Chifuyu Enomoto is a Japanese artist living in the outskirts of Kanazawa City. He’s been producing magnificent works of art for decades now. His works have been displayed in galleries around the world. Kizuna Travel spent the afternoon with him, enjoying locally made organic sweets and roasted green tea while talking about his life and works.

“What made you want to do bamboo as opposed to other crafts?” we asked.

“I’m not really sure, to be honest. Since I wanted to travel the world, I thought getting a normal job wouldn’t work with my plans. I initially thought ‘perhaps I could do pottery’.”

“As it turns out, there are many people doing pottery in Japan, and to get started it’s expensive to build a kiln. Then I’d be limited to one place where the kiln is. So I searched for another craft while I was studying pottery and discovered bamboo – I knew it was the one right away.”

“After I graduated from university, I went to a bamboo craft technical school in Oita Prefecture for a year. After that, I went to another bamboo tech school in a different prefecture for another year. And after that, I moved to Wajima City (Wajima City is a city at the top of the Noto Peninsula in Ishikawa Prefecture. It is well known for its lacquer) and learned lacquer for another 5 years. Later in my career, I was sent to Germany by the Agency for Cultural Affairs to learn about a similar weaving craft techniques using willow and not bamboo. I wanted to stay for a year, but since I was over 50, I was only allowed to go for 3 months.” (Enomoto Sensei laughed at this point.)

As we talked in Mr. Enomoto’s workshop, we had the opportunity to enjoy some of his previous works. He showed us some of the willow baskets he’s weaved, combining the best of techniques from Japan and Germany. We were also given the privilege to see some of his most cherished pieces – one of which took 3 months to make and is a perfect execution of bamboo, gold leaf, and lacquer techniques.

“Coronavirus has been hard for everyone, but things are starting to look better. What do you plan on working on as things improve?” we ask, as our time together starts to wrap up.

“Rather than producing high end works of art, I want to focus on making more practical items. There’s no shortage of bamboo items in Japan with probably 1,000 bamboo craftsmen, but I like to think I’m the only one who combines techniques from willow working with bamboo, which should give people something more interesting.”

Mr. Enomoto’s wife is skilled at working with cloth, having created unique works of art for a local inn as well as having a gallery of her own works.

“It would be great to produce something combining her cloth skills and my bamboo skills. We’ve got something like this little bag, a good mix of techniques. I think this would a great hit with the ladies. This example here uses cloth from Indonesia”